The Third Battle of Winchester culminated on the afternoon of September 19, 1864, when five Union cavalry brigades launched the largest cavalry assault in American history against a fixed position. Confederate troops posted in and around Fort Collier—which included troops from Gen. Gabriel Wharton’s division and artillery from Capt. George Chapman’s Battery—succumbed to the weight of the assault from troops in Union general Wesley Merritt’s cavalry division. Third Winchester proved the bloodiest and one of the most decisive clashes in the 1864 Shenandoah Campaign. It tore the strategic initiative from Confederate hands, laid open the Valley to the “Great Burning,” and along with the fall of Atlanta (September 2) and Sheridan’s victory at Cedar Creek (October 19), propelled President Lincoln to reelection in November. 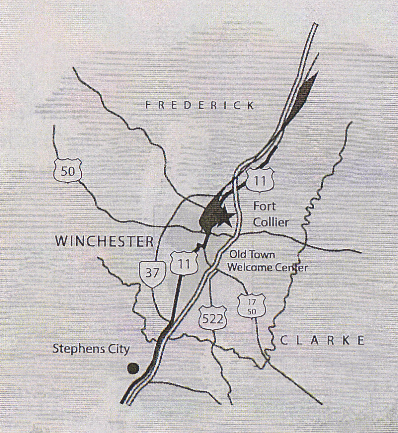 Following the defeat of the Union general Robert H. Milroy's division at the Second Battle of Winchester in mid-June 1863, an officer in Milroy's command, First Lieutenant James J. Hartley, 122nd Ohio Infantry, pondered why Winchester proved difficult to defend. On June 26, 1862, Hartley wrote from Harpers Ferry: "I used to wonder why it was that no force could hold that place... Winchester is situated... in a very pretty place with elevations all around and presents no front to the enemy but can be approached from every direction... If I was going to fight... there again I would rather be on the outside and undertake to take the place from them than to be on the inside and try to defend it."

Although Winchester proved challenging to protect, Union and Confederate officials believed that the likelihood of making a successful defense would improve with the construction of earthwork fortifications. Throughout the conflict Union and Confederate troops who occupied Winchester constructed earthwork fortifications around the city. While modern development has destroyed many of those defenses, portions remain, including ... Fort Collier.

Constructed in the early summer of 1861, Fort collier was among the first earthwork fortifications built in Winchester. The construction of Fort Collier was supervised by Second Lieutenant Cowles Miles Collier.

Born in Hampton, Virginia, in 1836 Collier studied at the Hampton Military Institute. Although admitted to West Point in 1856 he resigned the following year. When the Civil War broke out in the spring of 1861 Collier resigned his commission as executive officer of the United States coast survey Variana. On May 9, 1861, Collier offered his services to Virginia. Evidence indicates that eleven days later Collier received a commission as second lieutenant and was assigned to General Joseph E. Johnston's command in the Shenandoah Valley. In addition to supervising the construction of Fort Collier, documents in Collier's compiled service record indicate he served as judge advocate for a period of Johnston's occupation of Winchester in the early summer of 1861.

By the autumn of 1861 Collier was assigned to the Rappahannock Batteries. In the spring of 1862 Collier reported to the Confederate Arsenal in Augusta, Georgia, for ordnance duty. On November 13, 1863, Collier received promotion to captain. Six months later Collier received orders to report to his old chief, General Johnston, commanding the Army of Tennessee, to assume responsibilities as ordnance officer for General Stephen D. Lee's corps. By the autumn of 1864 field service became too much for Captain Collier. On Oct 21, 1864, citing "physical disability for field service," Collier requested a transfer to the ordnance department in Columbus, Georgia. Nearly two months later, on Dec 16, 1864, Confederate authorities granted his request. Records do not indicate whether this was Collier's final post.

After the conflict Collier pursued a career as an artist. Collier's paintings focused on maritime scenes. His work was exhibited at various galleries, including the Sculpture Society Room of the Fine Arts Building in Manhattan, in February 1900. The same year Collier donated some of his artwork to benefit "the Children's National Easter Festival for the benefit of the Cuban Orphan Society" held at New York's Metropolitan Opera House.

Collier died on September 14, 1908, at his family's cottage in Gloucester, Massachusetts. He is buried in Woodlawn Cemetery in Bronx, New York. 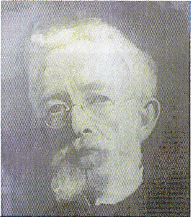 While Fort Collier did not figure in either the First Battle of Winchester (May 25, 1862) or the Second Battle of Winchester (June 13-15, 1863) both Union and Confederate forces utilized it at various points during the conflict. For example, on the afternoon of July 20, 1864, Confederate general Stephen Dodson Ramseur, defeated at the Battle of Rutherford’s Farm north of Winchester, withdrew his troops to Fort Collier in an effort to deter any additional attacks from the Union force commanded by General William Averell.

However, on the afternoon of September 19, 1864, Fort Collier witnessed some of the most significant action in the Shenandoah Valley throughout the conflict. Throughout the day on September 19, 1864, United States forces commanded by General Philip H. Sheridan pressed Confederate general Jubal Early’s Army of the Valley from the east and the north. As the Confederate lines contracted closer to Winchester’s outskirts throughout the afternoon, eventually taking the shape of an inverted “L” Sheridan saw an opportunity to do something which had never before been done—unleash his two cavalry divisions, one commanded by General Wesley Merritt and the other by General William Averell—on that portion of the Confederate line facing north. Fort Collier, which helped anchor Early’s left flank, proved no match for the weight of the Union cavalry assault, which as one Union trooper wrote, swept down upon Fort Collier’s defenders “like a besom of destruction.” While Confederates attempted to stem the tide, including efforts by Confederate women in Winchester who formed a human chain across Market Street (present-day Cameron Street), all efforts proved futile and Early’s army, unaccustomed to defeat, retreated south to Fisher’s Hill.

Interested in learning more about Fort Collier and the Third Battle of Winchester click on the following link: https://www.historynet.com/sabers-war-memory/ 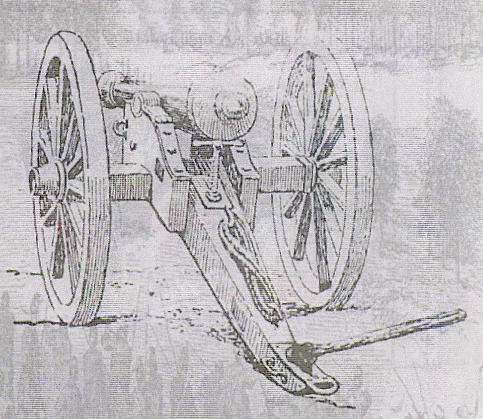 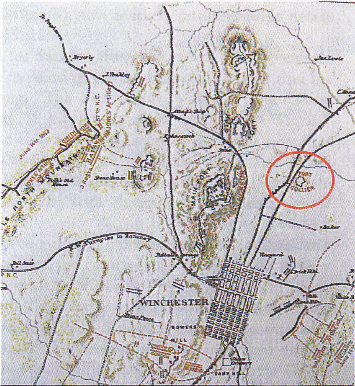 The map above, depicting portions of the Second Battle of Winchester, shows various earthwork fortifications and redoubts north and east of Winchester. Fort Collier is circled in red. (Atlas to Accompany the Official Records of the Union and Confederate Armies, plate 43: 3)

Fort Collier’s construction began in the summer of 1861 when Confederate troops commanded by General Joseph E. Johnston occupied Winchester. Concerned about the possibility of Union forces commanded by General Robert Patterson advancing south from Martinsburg, Johnston, along with the aid of his chief engineer Major William Henry Chase Whiting, selected the Stine Farm, due to its proximity to the Martinsburg Pike, for the location of one of the first earthwork fortifications constructed to defend Winchester. Second Lieutenant Cowles Miles Collier initially supervised the fort’s construction.

In addition to Virginia troops, evidence indicates that Union prisoners of war, captured at the Battle of Falling Waters and impressed slaves built Fort Collier. Several weeks after construction began Harriet Griffith, a young Quaker Unionist from Winchester, visited the fort on August 21, 1861 and recorded her thoughts about the scene:

Her diary stated: "I have this day visited the breastworks of the fortifications on the Martinsburg Pike with father and Johnnie. Was exceedingly interesting. First work of the kind I'd ever seen. The first time I was ever so near cannon. I looked into them. The cannon balls weigh 42 pounds. There were four cannons planed and much ammunition there.

"A great many men were working [and I] saw the magazines. They have several rifle ports which seem so secure. I have red of them, but never seen them. They had several masked batteries. It seamed real strong and well build. There is a high embankment of sand bags, barrels, and brush covered with dirt part sodded over. They intend to sod it with a big ditch on the lower side. They have completely surrounded Stine's House which is now occupied by soldiers, some some of whom were working there, some cooking, some washing, some on guard and some lounging and some sleeping... Surely it is something to be remembered, but I hope it will never be used." 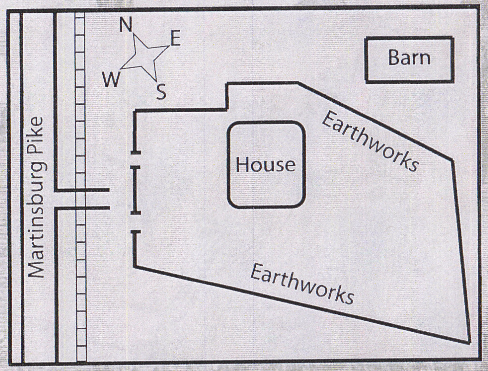 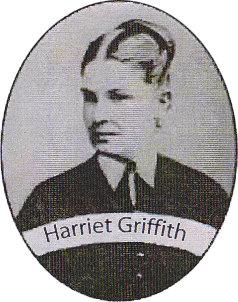 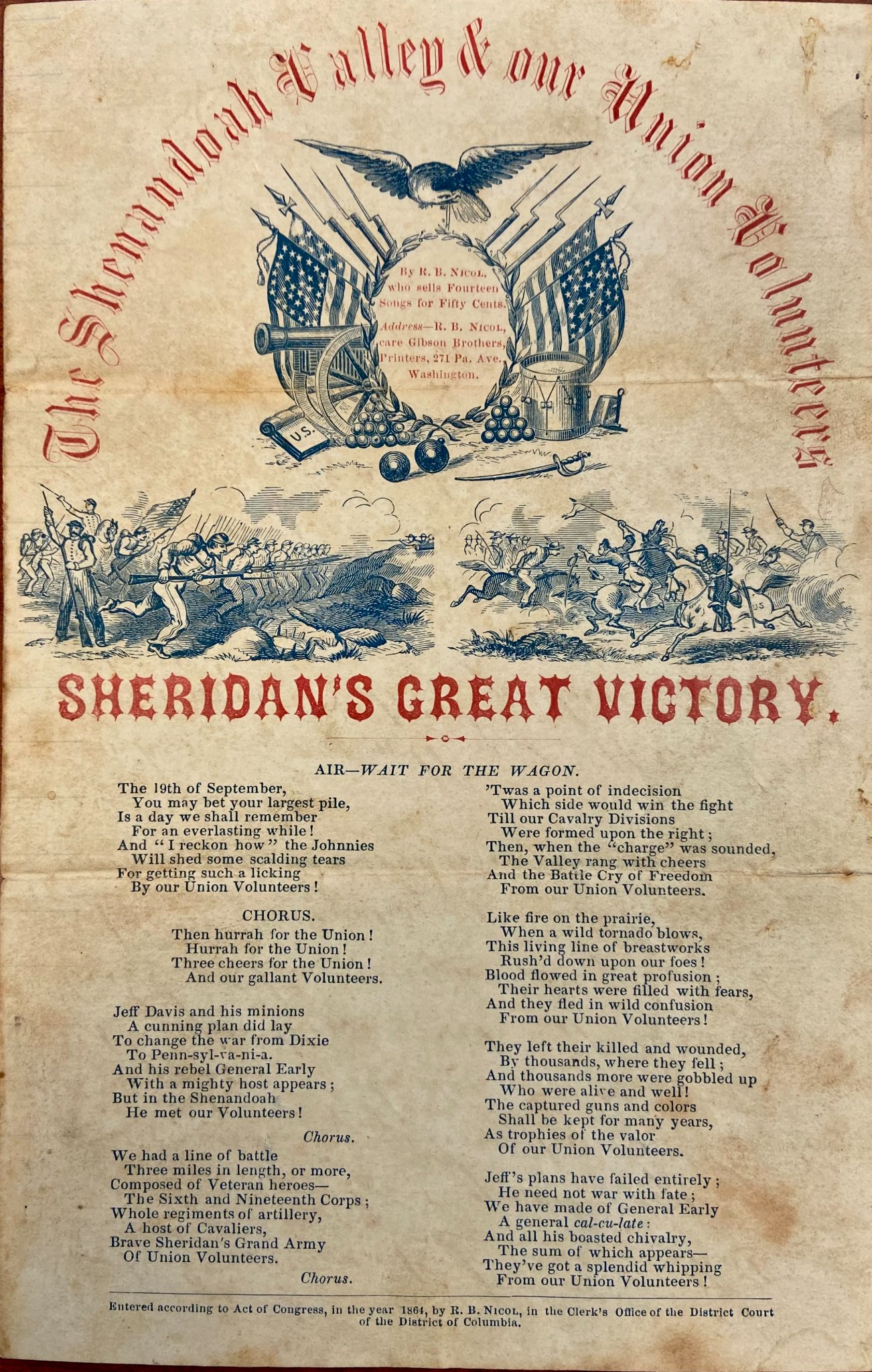 While evidence indicates Union and Confederate troops utilized Fort Collier at various points during the conflict this site's historical significance is forever linked to arguably one of the Civil War's most dramatic scenes - the charge of five Union cavalry brigades against Confederate general Jubal A. Early's command during the Third Battle of Winchester. Wayside markers onsite provide the details about that moment on September 19, 1864.

In the battle's aftermath, and for decades after the conflict, Union veterans and artists immortalized the charge in painting, poetry, and song. Shortly after the battle R.B. Nicol composed a song, "The Shenandoah Valley & Our Union Volunteers: Sheridan's Great Victory." Sung to the tune of "Wait for the Wagon," Nicol's composition pinpointed the Union cavalry charge as the battle's decisive moment. The song contended: "Twas a point of indecision/Which side would win the fight/Till our Cavalry Divisions/Were formed upon the right/Then, when the 'charge' was sounded/the Valley rang with cheers/And the Battle Cry of Freedom/From our Union volunteers."

Although the charge indeed proved a critical moment, veterans in Sheridan's three infantry corps loathed the attention the cavalry received. Some did all they could to diminish its importance. Shortly after the battle Private William T. Harrof 126th Ohio Infantry, published a poem, "The Battle of Winchester, September 19th 1864," that purposefully excluded Union cavalry. Wrangling continued for decades after the conflict among the Army of the Shenandoah's infantry and cavalry veterans in regimental histories, The National Tribute (a weekly paper for Union veterans), and speeches.

Despite the efforts of Sheridan's infantry veterans, the cavalry charge inspired many, including filmmakers who adapted Bronson Howard's play The Greater Shenandoah in 1913 for the silver screen. Advertisements for the thirty-minute film touted as one of its main features "the awe-inspiring Battle of Winchester with charging cavalry."

Next: The Stine Family's Civil War