When General Joseph E. Johnston moved his command of approximately 9,000 troops from Harpers Ferry to Winchester during the second week of June 1861 he harbored uncertainties about the strength and intentions of Union General Robert Patterson’s command. Various reports Johnston received estimated Patterson’s army at anywhere from 10,000 to 18,000 strong. As Johnston faced the reality of confronting a numerically superior force, which might at any moment move south from the vicinity of Martinsburg, coupled with the reality that a measles epidemic plagued his command, Johnston sought measures to defend against a potential Union advance.

To determine Winchester’s weakest points and where to construct defenses Johnston turned to his chief engineer Major William Henry Chase Whiting. Due to its location adjacent to the Martinsburg Pike, the main thoroughfare into Winchester from the north, Major Whiting selected the Stine Farm as the location to construct an earthwork fortification. Whiting chose Lieutenant Cowles Miles Collier, an executive officer on the United States coast survey vessel Varina prior to the war’s outset, to supervise the initial construction of the fort.

The fort, which occupied an approximately ten-acre footprint completely encircled the Stine house. Hattie Griffith, a Unionist supporter in Winchester, visited the fort while under construction during the summer of 1861 and noted in her diary: “There is a high embankment of sand bags, barrels, and brush, covered with dirt, part sodded over… They have completely surrounded Stine’s House.” Accounts from soldiers and civilians who described Fort Collier in the summer of 1861 noted that Fort Collier contained at least four pieces of heavy artillery, including two Model 1829 thirty-two pound siege guns. Additionally, Confederates placed various obstacles, including abatis constructed from railroad ties around the fort’s perimeter. When Henry Dilworth, enslaved by George Tate Washington who resided approximately five miles north of Winchester, fled to Union troops at Harpers Ferry seeking freedom in early 1862 he offered a description of Fort Collier which noted that Confederates had railroad “ties set endwise in [the] ground” and that they were “pointed.” 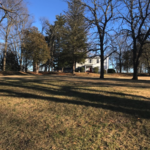 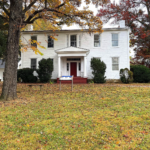 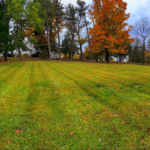 Looking South toward the parapet of Fort Collier. Photo by Jonathan A. Noyalas (Oct 31, 2022) 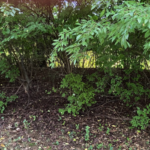 Earthworks on the South Side 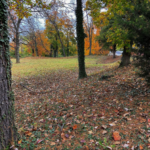 View from Southern parapet looking North toward position where two of Chapman's cannon were placed. Photo by Jonathan A. Noyalas (Oct 31, 2022) 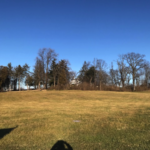 Fort Collier from the South 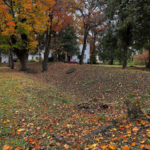 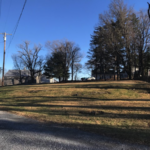 Earthworks to the Right 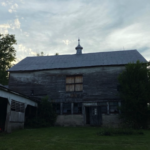 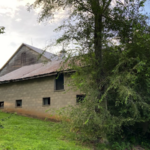 South Side of the Barn 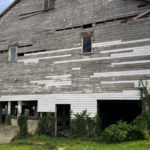 North Side of the Barn 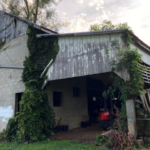 East side of the Barn 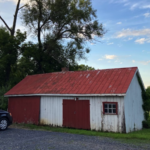 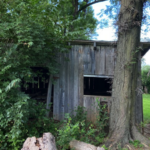 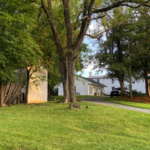 The Corn Crib with the Stine House and Earthworks 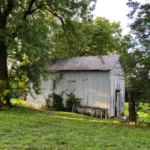 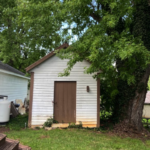 Front of the Meat House 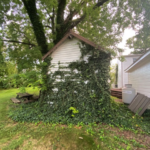 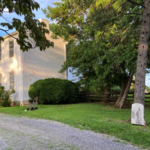 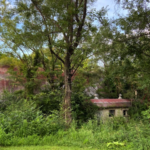 Property Next to Fort Collier 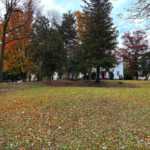 Next: The Third Battle of Winchester