War, as it had for so many of the Shenandoah Valley’s civilians, transformed the Stine family’s property. Within months after the Civil War’s opening salvos Isaac Stine, his wife Katherine, and their four children watched as Confederate troops under General Joseph E. Johnston’s command transformed their 380 acre farm into an earthwork fortification intended to defend Winchester against an advance by United States troops from the north. 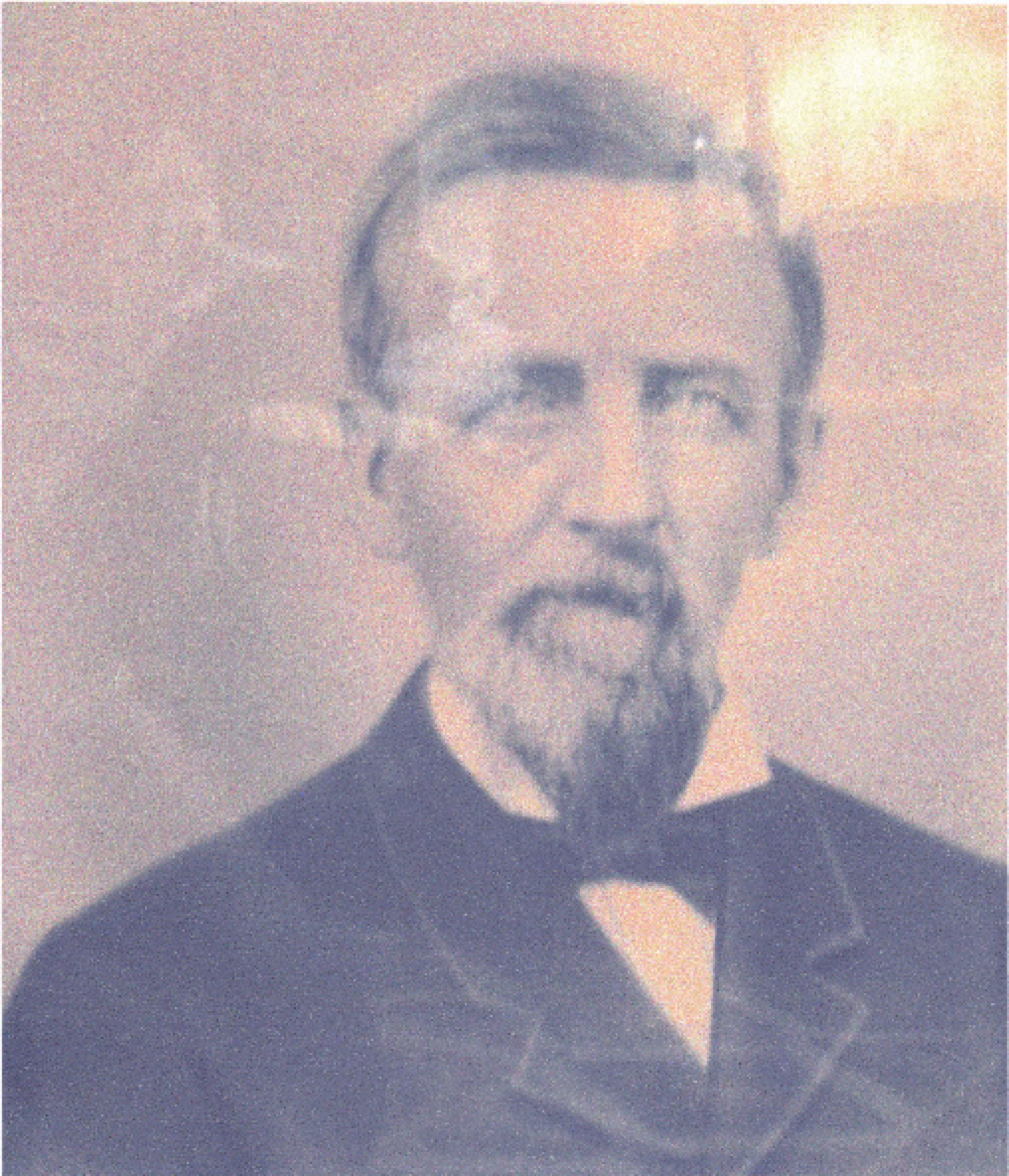 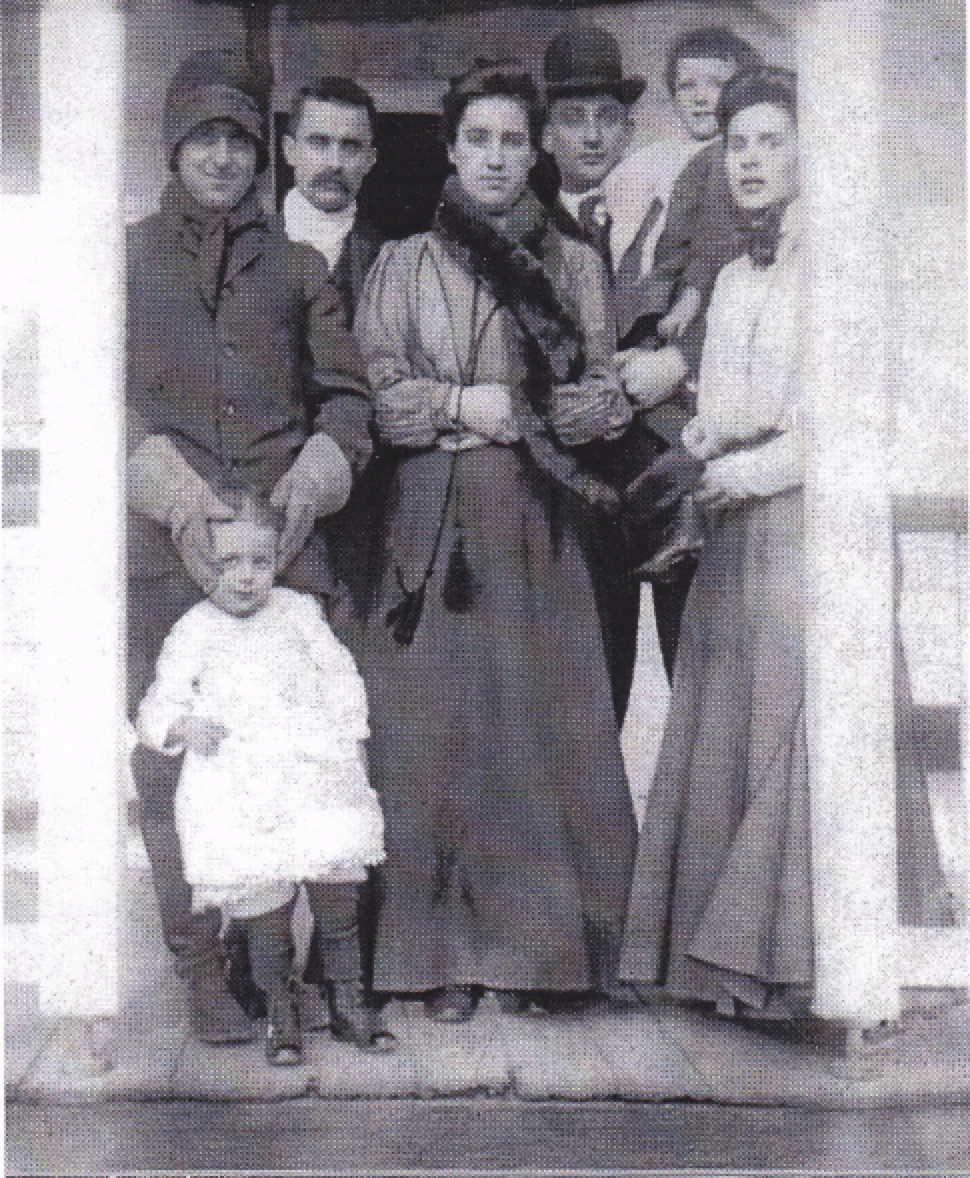 Hunter Stine with his wife, Mary Kemp, and her siblings

Although Stine, who owned the farm since October 1, 1859, could do little to prevent the construction of an earthwork fortification on his land, evidence indicates that Stine charged the Confederates for the use of wood, hay, and oats. Receipts for the month of July 1861 totalled $1,099.72. Additionally, documents in Stine’s Confederate Citizen File, now housed at the National Archives, reveals that he charged Confederates $3.50 per day for the use of his wagon and team.

While Stine clearly kept tabs on all that Confederates utilized during the summer of 1861, he did not believe it wise to keep his family on the property. As Confederates surrounded Stine’s home in the late spring of 1861 the family moved to Coe Farm, owned by relatives, located to the northwest. The Stines remained at Coe Farm until mid-June 1863. After being huddled in the basement of the house at Coe Farm during an artillery bombardment on the evening of June 14, 1863, part of the Second Battle of Winchester, the Stine family relocated to Rosney, the home of Isaac Stine’s brother Franklin, near Boyce, Virginia. Stine’s actions during the conflict, including his refusal to report for service with the 31st Virginia Militia when summoned in the autumn of 1861, indicate that he might fall into the category of a “leave-aloner.” Neither sympathetic with the Confederacy, nor the Union war effort, Isaac Stine’s movement indicates he had one primary concern during our nation’s most tumultuous moment–to safeguard his family at all costs. Stine achieved his objective.

After the conflict’s end the Stine family returned and rebuilt their home, ravaged by the war. Isaac Stine resided here for the remainder of his life. He died on May 13, 1905, and was buried in Mount Hebron Cemetery in Winchester. Katherine Stine passed away six years earlier. 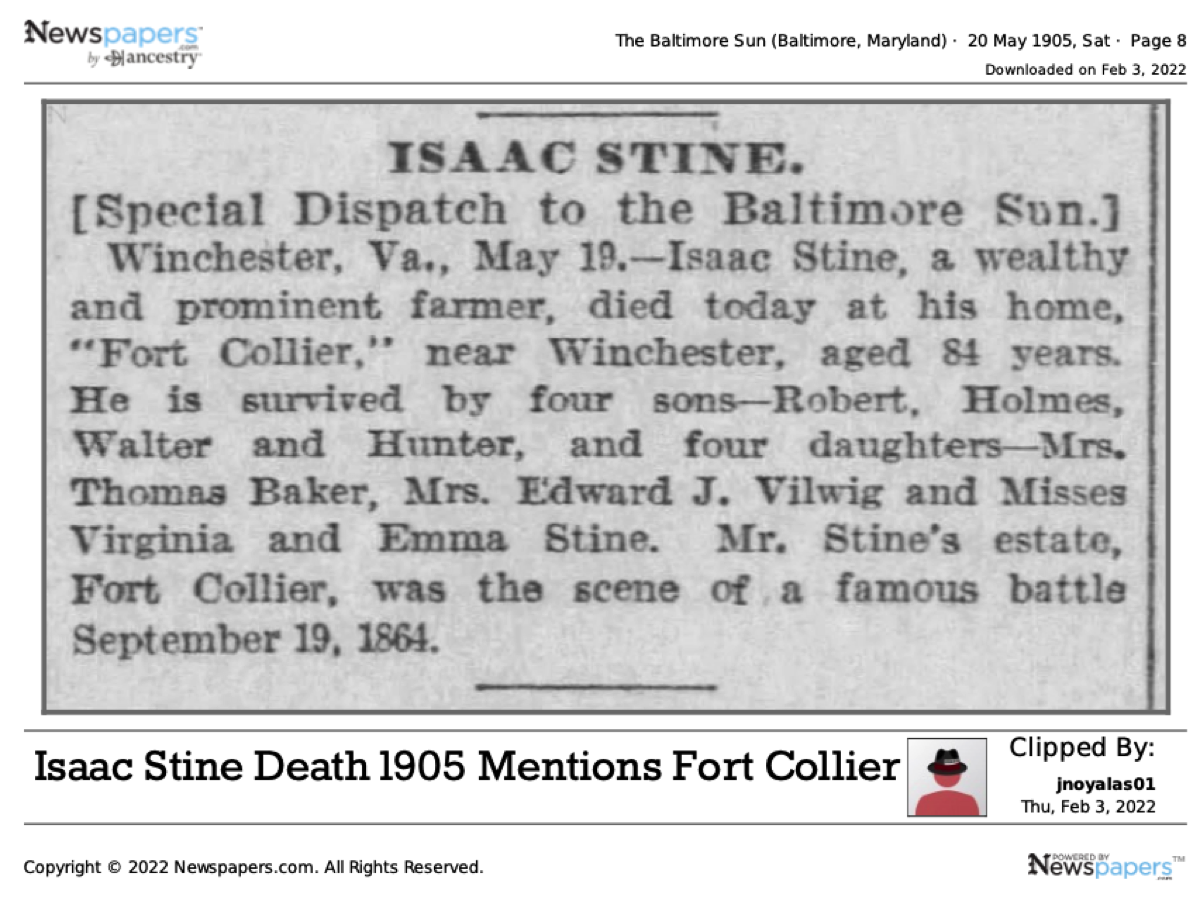 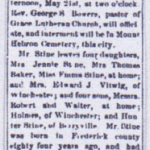 Obituary for Isaac Stine from the Evening Star, May 19, 1905